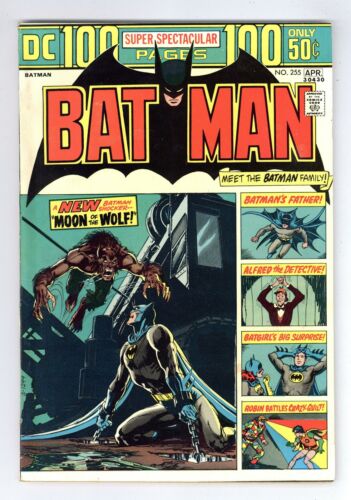 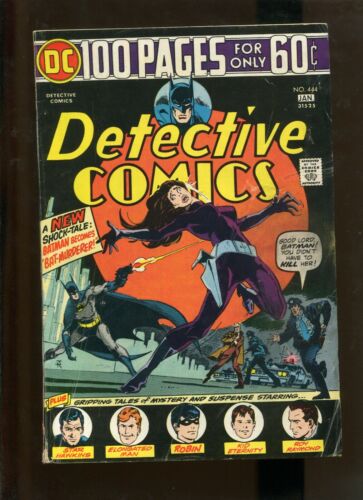 100-page giant. This issue features Batman tales from the forties, fifties, sixties, and seventies. Cover by Nick Cardy. “King of the Gotham Jungle!”, script by Frank Robbins, pencils by Irv Novick, inks by Dick Giordano; The recent rash of unsolved robberies in Gotham City spurs Man-Bat to come out of retirement. “The Witch and the Manuscript of Doom,” script by Bill Finger, pencils by Bob Kane, inks by Bob Kane and George Roussos (backgrounds); The Batman and Robin must track down The Witch, a mysterious figure responsible for the murder of Erik Dorne and the theft of a manuscript he wrote. “The Bullet-Hole Club!”, script by Bill Finger, pencils by Dick Sprang (as Bob Kane), inks by Charles Paris; A private detective petitions Batman and the other members of the prestigious “Bullet Hole Club” to become a member—even if he has to purposely put himself in the way of bodily harm to do it! Shazam Awards Behind the Scenes at the DC Comic World article, pencils by Ross Andru and Bernie Wrightson, inks by Bernie Wrightson. “The Man Who Stole from Batman” (from Detective Comics #334), script by Gardner Fox, pencils by Sheldon Moldoff (as Bob Kane), inks by Joe Giella; A new and unusual villain makes him presence known by stealing from the Batman: his Batmobile, Bat-a-Rang, and Bat-Boat, yet Batman cannot figure out WHY he would do such a thing. “The Phenomenal Memory of Luke Graham!”, script by Elliot S! Maggin, pencils by Dick Dillin, inks by Murphy Anderson; Luke Graham needs the help of Robin the Teen Wonder to convince his college professor that a report he prepared on the Chinese iron industry was not plagiarized. “The Son of the Joker” (from Batman #145), script by Bill Finger, art by Sheldon Moldoff (as Bob Kane); In this imaginary story, penned by Alfred, trusted butler of Bruce Wayne, the Second Batman & Robin team run up against the Son of the Joker! Bat-Maze activity page. “The Guardian of the Bat-Signal!” (from Batman #85), script by Edmond Hamilton, pencils by Bob Kane, inks by Charles Paris; A long-time veteran of the Gotham City Police Department is about to be retired, when Batman suggests that he be put in charge of the Bat-Signal. 100 pgs., full color. 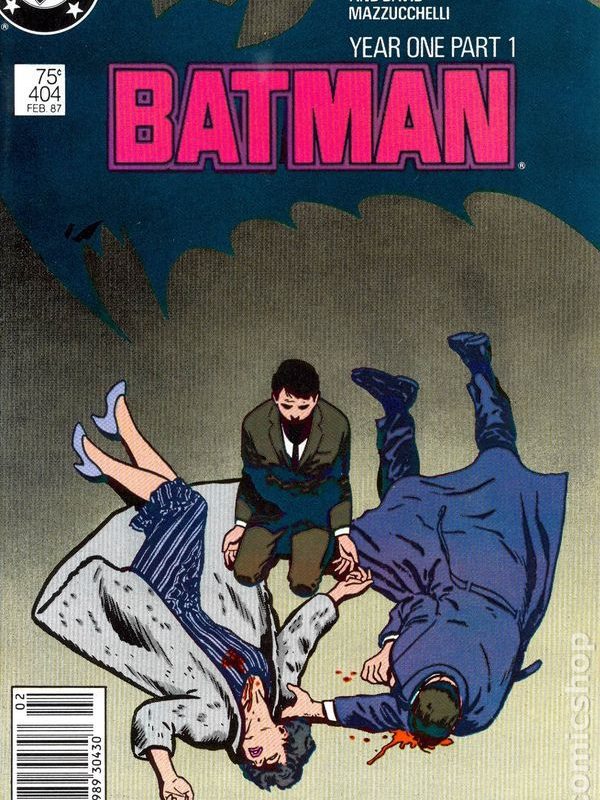 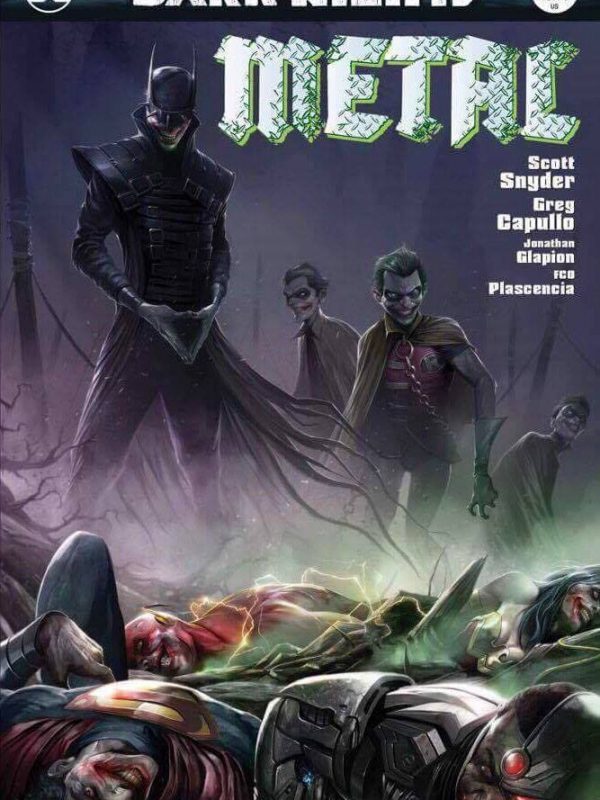 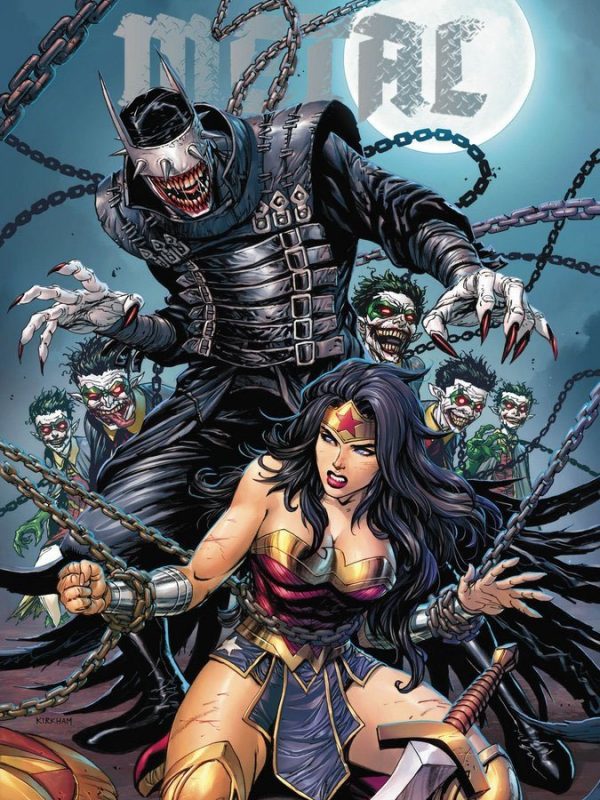 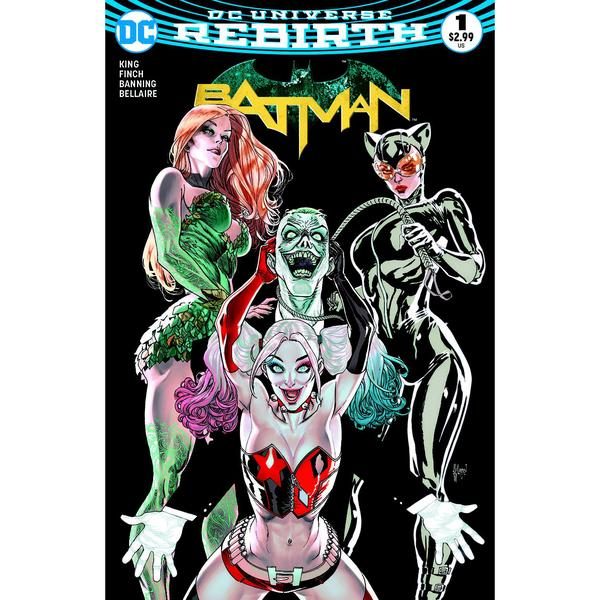 ₺ 176,74
Exclusive cover by Guillem March! “I AM GOTHAM” chapter one. No one has ever stopped the Caped Crusader. Not The
Add to wishlist
Devamını oku
Quick view
Alışveriş Sepeti
kapat